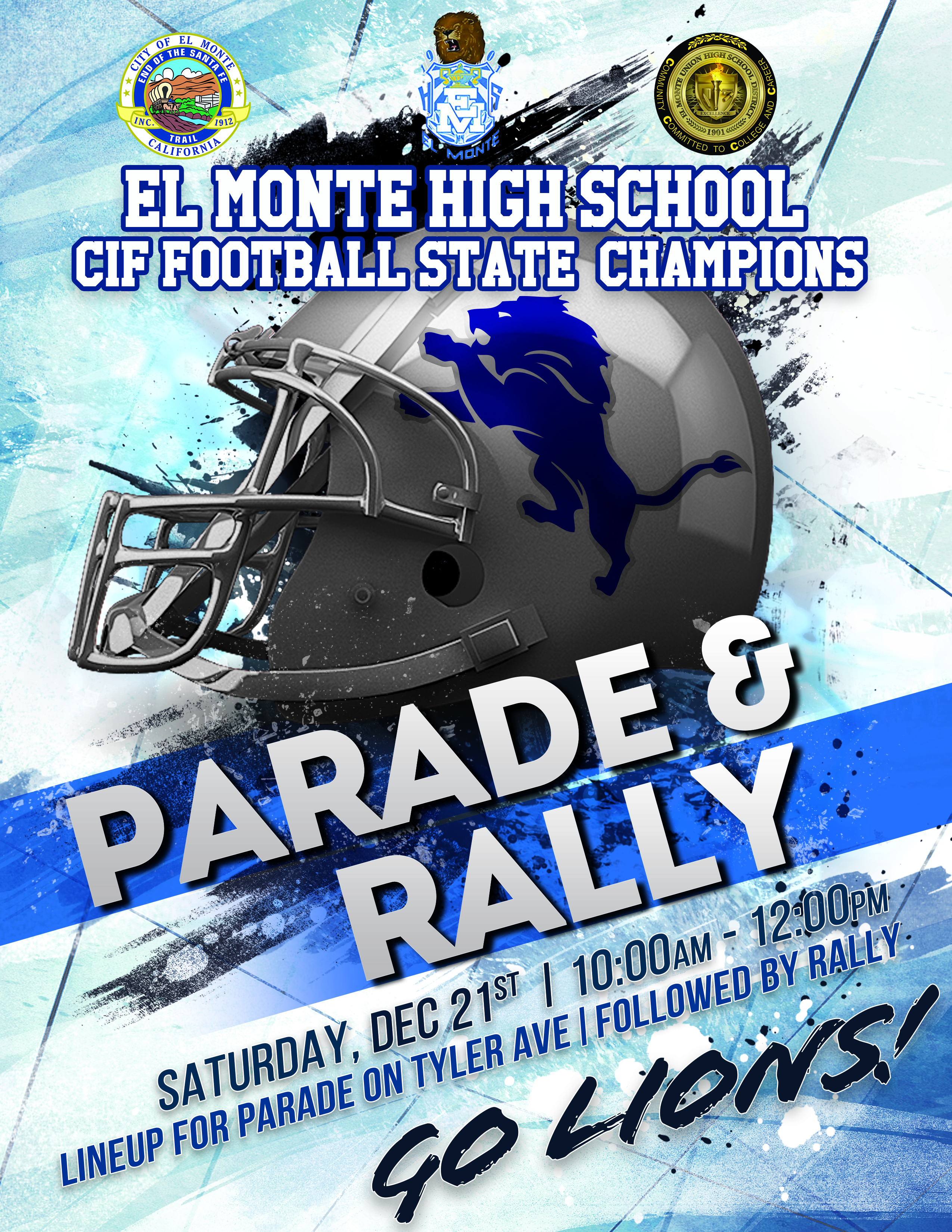 El Monte Union and the City of El Monte are inviting the community to celebrate El Monte High School’s historic CIF State Division 5-AA Football Championship victory with a parade and rally honoring the team from 10 a.m. to noon on Saturday, Dec. 21. This is El Monte High’s second CIF championship since 1930 when it won its first state title.

It will cover most of the perimeter of El Monte High School, 3048 Tyler Ave., with the main celebratory portion of the route taking place on Tyler Avenue between Concert and Mildred streets. The parade will end at El Monte High’s Lions Stadium, where a rally will be held.